A vehicle over 130 years old 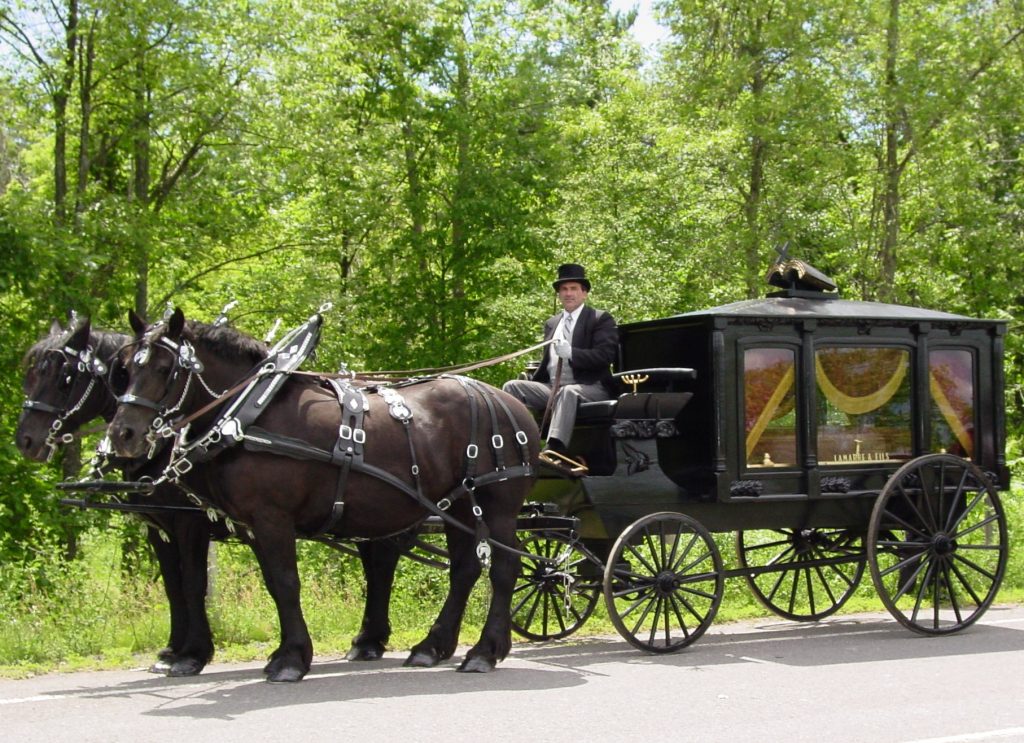 A resident of Casselman, Ontario, Honorius Brazeau, then 22 years old, decided to go into the profession of funeral services director. He offered his services to the communities of Casselman, St Albert, Lemieux and St Isidore de Prescott. Hardly a year had passed since starting his activities when Honorius acquired a horse-drawn hearse as was seen in the big cities. At his request , the present vehicle was built by Nelson Lafrance of St-Albert during the winter of 1878 1879. Mr Lafrance had all the talent to design and produce such a project. During the following winter sledges were built to replace the wheels in winter.

Honorius Brazeau married Clara Labonté. Then he offered his services to the people of Casselman up until his son-in-law, Jean-Louis Quesnel, husband of Albertine Brazeau, acquired the business in 1922. Jean-Louis used the same hearse until 1939. With the arrival of the motor vehicle age, this family heritage was retired.

In 1972, the business and its hearse were sold to Yvon Charbonneau, funeral services director. The same year, Bernard Laflèche, an antique collector in Casselman, bought the hearse and stored it in the garage until 1996, when the Lamarre family acquired the vehicle. More than one hundred thirty years had passed and the hearse, made from its original components, is still here in a Franco-Ontarian environment and is now owned by a family for whom the region’s history of the funeral trade is close to their heart.