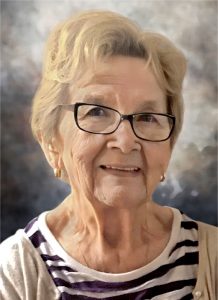 A Private Family Celebration of Eleanore Martha’s life will be held in the Lamarre & Son Funeral Home’s Chapel, Alfred, Ontario.

Sincere thanks to the Palliative Care Unit of the Hawkesbury and District General Hospital, for their compassion and devoted care provided to Eleanor Martha.

For those who wish, donations to the Hawkesbury and District General Hospital Foundation, 1111 Ghislain Street, Hawkesbury, ON K6A 3G5 or www.hgh.ca/foundation/, would be appreciated.