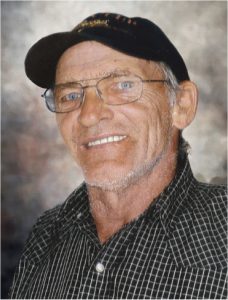 Due to the current circumstances, everything will be done in private.

It is with sadness that we announce the passing of Henri-Paul Robert of Alfred, Ontario, born in East Angus, Quebec. Henri-Paul passed away surrounded by his family, on Friday, October 22, 2021, at the age of 78.  Beloved husband of Sandra Taylor. Son of the late Léo Robert and the late Aldéa St-Hilaire. Father of Caroline, Ghislaine, Jean-Charles, Véronick and Élise Robert, late Trevor, Lucas and Starlene Elliott, late Joshua and Naomi Thompson; great-grandfather of many grandchildren and two great-granddaughters Also survived by his children’s mother, Anne-Marie Poulin; his brothers and sisters, Huguette (Michel), Henriette (Jean-Claude), Denise, Diane (Serge), Madeleine (Marie), Armande (Nicole), Luc, Jacques (France), Monique and Jean; brothers-in-law, sisters-in-law, nieces and nephews. Predeceased by one sister, Ghislaine.

Due to the current circumstances, everything will be done in private.

Special thanks to Naomi and the staff of the Hawkesbury and District General Hospital, especially to Annick for their compassion and devoted care provided to Henri-Paul.

For those who wish, donations can be made to the Hawkesbury and District General Hospital Foundation, 1111 Ghislain Street, Hawkesbury, Ontario, K6A 3G5.