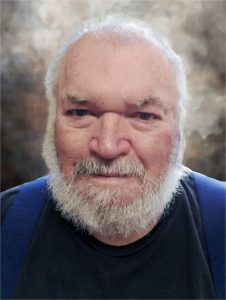 A Private Celebration of Richard’s Life will be held at a later date.

It is with sadness that we announce the sudden passing at his residence of Richard Aurele ‘‘Buck’’ Sarazin of Plantagenet, formerly of Ottawa, Ontario, on Wednesday, April 6, 2022, at the age of 78.  Beloved husband of Denise Bissonnette. Son of the late Azarias Sarazin and the late Alice Draper. Loving father of Bernard (Monique Graziano) and Steve (Sandy Harrigan). Cherished grandfather of Damion, Maeve, Stacey, Jamie and Kathleen. Brother of the late Hubert (Aline Brazeau), Roger (Gloria Latreille), Thérèse (late Maurice Séguin), Laurette (late Réné Fournier) and the late Julien (Liliane Raymond). Also survived by many nieces, nephews and friends. Predeceased by one sister-in-law, Simonne Bissonnette (late Winston Hutching) and one brother-in-law Robert Bissonnette.

A Private Celebration of  Richard’s  Life will be held at a later date.

For those who wish, donations to the University of Ottawa Heart Institute Foundation, 40 Ruskin Street, Room H2408, Ottawa, Ontario, K1Y 4W7 and/or to the Canadian Diabetes Association, P.O. Box. 26331 STN BRM B, Toronto, Ontario, M7Y 4R1, would be appreciated.

To send a message of condolence,  please read the instructions below. To notify the family  that a donation has been made, please use the “Donations” tab above.