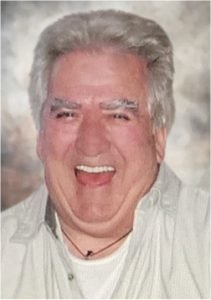 Due to the current circumstances, a Private Family Funeral Service will be held at St. Alphonse de Liguori Church, Hawkesbury, Ontario.

Due to the current circumstances, a Private Family Funeral Service will be held at the St. Alphonse de Liguori Church, Hawkesbury, Ontario.

Special thanks to the staff of the Hawkesbury and District General Hospital, especially to Doctors Laviolette, Allard and Maranda, to nurses Lucie, François and Rachelle for their compassion and devoted care provided to Serge.

For those who wish, donations to the Hawkesbury and District General Hospital Foundation, 1111 Ghislain Street, Hawkesbury, Ontario, K6A 1G5 and/or to the Ottawa Regional Cancer Foundation, 1500 Alta Vista Drive, Ottawa, Ontario, K1G 3Y9, would be appreciated.